From trickle to torrent

Silp materials are also proving their worth in gas purification. For example, the Malaysian national oil and gas company Petronas collaborated with a team at Quill to design an ionic liquid-based process that scrubs mercury vapour from natural gas streams. Mercury is a well-known health and environmental hazard, and also a strong catalyst poison and a corrosive that can damage gas processing equipment such as aluminium heat exchangers. Work on the ionic liquid technology began at Quill in November 2007 and was taken from a laboratory gram-scale process to full-scale industrial operation in four years.

The technology, known as HycaPure Hg, employs an ionic liquid/copper(II) chloride Silp system. Commercial-scale operation of the process began in November 2011 when tons of the Silp material were loaded into mercury removal vessels at a Petronas gas processing plant in Malaysia. 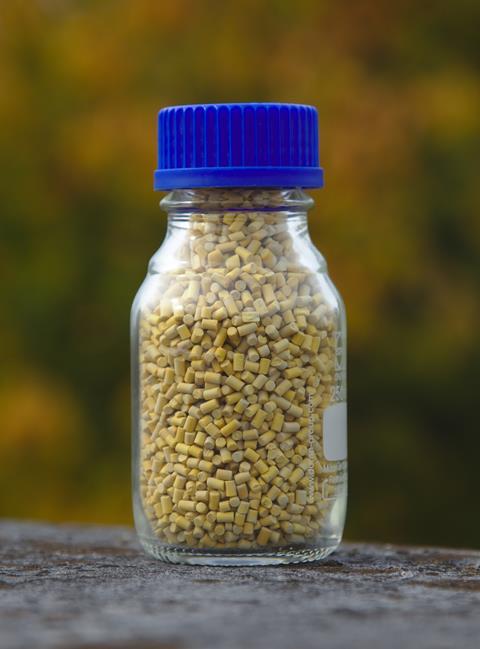 ‘The Hycapure-Hg scrubbers have proved a success,’ comments chemist John Holbrey, a member of the Quill team. ‘One of the biggest challenges in this field now is the reduction in the footprint of mercury removal units so that systems can be effectively deployed offshore on oil and gas rigs and floating liquefied natural gas vessels where space is at a premium.’