Ring-fencing would only reward a failing culture in the health sector, Joanne Murphy contends.

Health is bad for you. Spending time exploring the complex realities of health service delivery is enough to give anyone a headache. We all depend to a greater or lesser degree on the Health Service and require it to deliver a service which meets our endlessly increasing requirements in a time diminishing resources. But even in this situation the last thing the Northern Ireland Executive should do is ring-fence the health budget and here is why.

For over a decade our Health Service has been undergoing a major reorganisation. The new structure, designed to take the politics out of much the Health Service has given birth to an army of managers and a new ‘ism’ nearly as scary as a tropical disease – managerialism. The whole point of this exercise was to bring greater efficiency

and better value for money into the health service.

In July 2005 the Professor John Appleby authored a report in which he identified significant inefficiencies in the Northern Ireland Health Service and made 25 recommendations for change. His report went down like a lead balloon. Two years later a new local Minister reorganised the NHS locally along the following lines:

• a streamlined regional Health and Social Care Board focused on commissioning, performance management and improvement and financial management which both encourages and ensured access to quality services responsive to need;

• the establishment of a ‘common services organisation’ to provide a broad range of support functions for the health and social care service;

• a new regional Public Health Agency to create better inter-sectoral working to tackle health promotion and inequalities and help realise the shared goal of a better and healthier future for all our people, which would incorporate the functions of the existing Health Promotion Agency;

• action to reinforce the independence of the health and social services councils and strengthen the regional aspects of patient, client and carer representation while maintaining a strong focus;

increased democratization through local government representation on key bodies and improved partnership and local government and other stakeholders in the commissioning and delivery of health and social care.

The first couple of years of managerialism were plum. Lots of cash to outsource the reduction of waiting lists led to some big results. But since the financial squeeze has hit, things have turned bad again. Key performance targets are being missed and the bad headlines just keep coming. 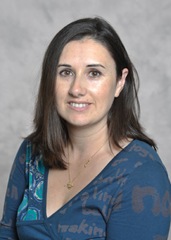 In organisational terms, the number of health trusts has been cut from 18 to five. The rationalisation targeted 1,700 executive, managerial and clerical level posts across both professional and administrative services, freeing up some £50 million to be invested each year in service improvements.

Then several new health bodies were established, including the new Health and Social Care Board, the Business Services Organisation, the Public Health Agency and the Patient and Client Council.

While more than £5 million worth of savings were made initially, in the past year the total trusts’ management costs have risen again to £120 million.

In November, the Department of Health admitted it employs 920 staff in agencies or arm’s length bodies on wages of over £100,000. In October, the department’s Permanent Secretary admitted patients in Northern Ireland receive an inferior service compared to the rest of the UK. Real concerns continue to be raised about key areas such as mental health services and the management of long-term chronic conditions. The cost of free prescriptions is twice as high as the Minister thought it would be. Popular politics maybe, but it is a decision which will cost us all in the long run. And all this even before the impending cuts.

The last thing we need to do is reward this culture by ring-fencing the health budget. Protect front-line services by all means but ring-fencing will send all the wrong signals to a system in need of radical cultural change.

This entry was posted on Monday, December 6th, 2010 at 12:15 pm and is filed under Business and Finance, Finance, Health, Social. You can follow any responses to this entry through the RSS 2.0 feed. Both comments and pings are currently closed.