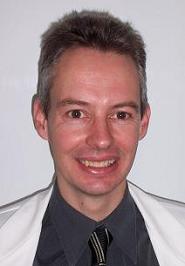 Alan Hounsell is an honorary Professor at Queen’s University, Belfast (QUB) and Head of Radiotherapy Physics at the Northern Ireland Cancer Centre (NICC) in Belfast, with over thirty years’ experience in radiotherapy and radiotherapy physics. Prior to moving to Belfast in 2001, he worked at the Christie Hospital Manchester between 1986 and 2001. He studied Physics at the University of Birmingham (BSc and MSc) and completed a PhD at the University of Manchester on ‘Dose modelling for irregularly shaped and intensity modulated radiotherapy fields’ working under Professor Peter Williams. He has co-authored more than 90 peer-reviewed publications and has given invited presentations on radiotherapy nationally and internationally. He currently manages, and leads, a group of almost fifty staff comprising, Clinical Scientists, Clinical Technologist, Radiotherapy Engineers, trainees and Research Fellows.

He has wide-ranging interests in radiotherapy physics research including investigations into: Radiobiological effects of non-uniform irradiations, radiobiological modelling of advanced radiotherapy techniques, advanced Treatment Planning and QC studies, exploring the role of naturally occurring prostate calcifications as an alternative to surgically implanted fiducial markers for Image Guided Radiotherapy, investigating ways to improve radiotherapy practice, Optical Fibre dosimetry, Cone Beam CT studies and radiomics. He was central to the establishment and ongoing success of the Advanced Radiotherapy Group (ARG) at the Centre for Cancer Research and Cell Biology (CCRCB) which involves the close collaboration of Radiation Oncology under the leadership of Professor Joe O’Sullivan, Radiation Biology led by Professor Kevin Prise and the clinical Radiotherapy Physics led by himself.

He is the current chair of the Northern Ireland Cancer Network (NICaN) Radiotherapy Clinical Reference Group (CRG), is a member of Institute of Physics and Engineering in Medicine (IPEM) Radiotherapy Professional Standards Panel and is a Member of the National Radiation Oncology Physicists Training Committee (Republic of Ireland). He was Member of the National Cancer Research Institute (NCRI) - Clinical and Translational Radiotherapy Research Group (CTRad) workstream 4 between 2009 and 2018.

Open Access
File
Bystander Effect
cell communication
Radiation
kinetics
Biological Models
Your message has successfully been sent.
Your message was not sent due to an error.
If you made any changes in Pure these will be visible here soon.