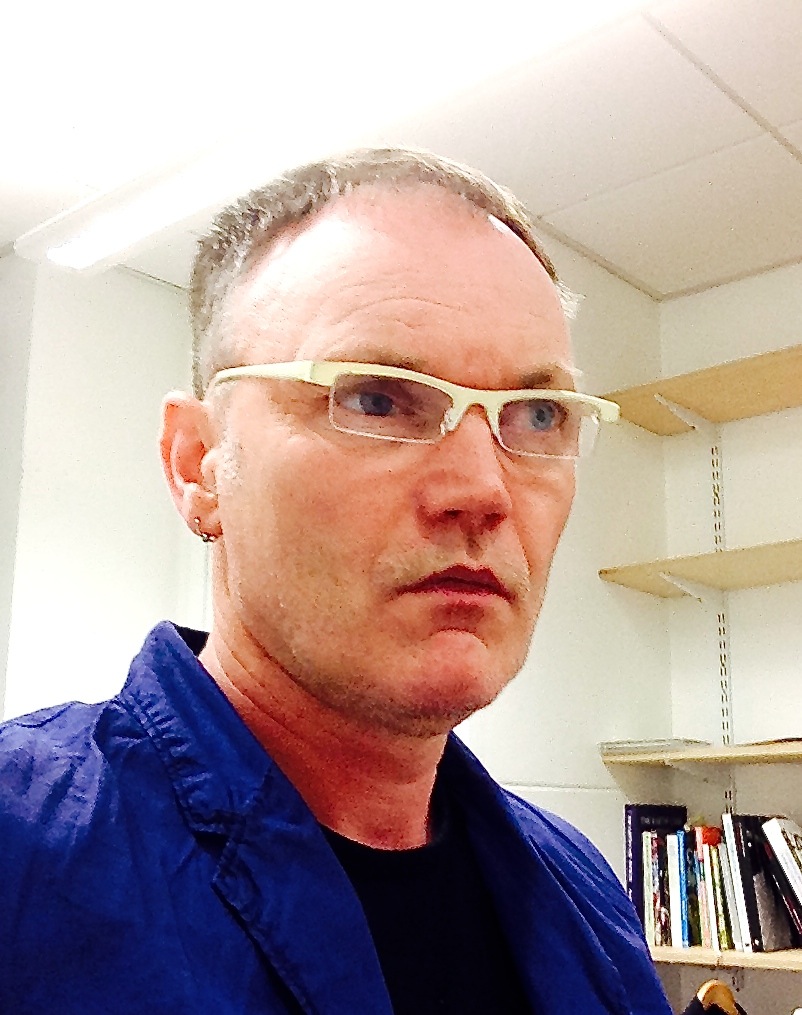 Greg has extensive experience of working closely with architects and planners to develop exciting ways of re-invigorating the city through the application of innovative sustainable technologies, informing his work on the sustainable city as synergistic super-organism.  In this way, he has sought to develop a series of theoretical hypotheses about our future existence on the planet, through a series of technological and spatial interventions.  Most of his work comes out of a free-thinking open-ended discussion about how things should be.

He is author of the books ‘Means Means Means’ and ‘Urban Evolutionary Morphology’; which develop a model of a new city, that is a cyborg created out of mutually compatible, technological and biological functional elements.

Greg is The Head of the School of Natural and Built Environment at Queens.

Greg holds  visiting positions at TU Delft, Keio University, ORT Uruguay.  At TU Delft Greg works closely with the Climate Design Division in the School of Architecture, with whom he currently has a joint EU FP7 Grant.

In Fall 2013 Greg held the Strauch Visiting Professorship in Sustainable Architecture at Cornell University.  In the School of Art Architecture and Planning, he taught a studio called 'Crash Test'.  The focus of the Studio was  infrastructures in the city, and new sustainable infrastructures could be inserted in the exisiting city to make new urban synergies.   Whilst there he also delivered a public lecture entitled ' My Adventures in the Technoscape'. The lecture presented a range of his design projects of an infrastructural nature that re-imagined the post-industrial city as a cyborg superorganism.

In Fall 2015, Greg ran a second studio at Cornell with Michael Jefferson entitled Evo Devo which looked at applying the ideas of evolutionary development to the design of the contemporary city.  The studio focussed on projects in Buffalo NY.

Greg currently is the Sustainability and Architecture advisor to the Northern Ireland Assembly Ministerial Advisory Group.

In 2014, he received Paper of the Conference award at Passive and Low Energy Architecture 2014, for his paper on his climate-proof modular house, the IDEAHaus.

In 2014, Greg was appointed an EU Expert Advisor, and has in thsi capacity been involved in the assessment of Horizon 2020 research projects in urbanism, climate change and renewable energy.

Greg has several live research projects, which use a research by design methodology to test differeing propositions about place and sustainability.   The first 'CityZEN' is funded by the European Union and develops ideas around the zero carbin neighbourhood.  In the project, a team of design/academics from QUB, TU Delft and the University of Siena, travel to cities around EUrope and co-create future visions for neighbourhoods, that are environmentally sound, carbon neutral and socially just.  These future visions are then used to kick-start rapid carbon decent in the city.

In the 'M-Nex' project, funded by the ESRC, as part of the Belmont Forum's SUGI Nexus project, the team investigate the Food energy water nexus, with respect to the changing climate, focussing on the ways that productive neighbourhoods can affect not only our land use but also the city's resilience.  The team involves academics from Queens, TU Delft, Keio University of Japan, U of Michigan and UTS Sydney. Each team is developing a living lab in their own city to develop ideas to improve our engagement with the planet.

Greg is a three-time RIBA competition-winner.

I am interested in the city, warts and all.  I think the city is a superorganism, and definitely the most complex thing man has designed.  I like the way it is full of wicked problems, and these intrigue me.  My work continually engages with the difficult and the impossible.

My particular focus is broadly around sustainability and resilience.  I started my career looking at low energy buildings, and as I have matured, my work has become broader and broader.  I am a designer, and in my research I use a research by design methodology to not only understand the complexities of urban contexts, but also to unlock new exciting trajectories that are latent in the the spatial/content mix of the existing city:  I see design as a way of making things better.

My work is concerned with the idea of infrastructure and the city.  I see the city as a network of flows: flows of resources; flows of people and flows of information.  I visualise these flows as sitting on discreet, but over-lapping scapes.  I'm interested in the architecture that brings these together, and the synergies created when this arises.  Thus I see my work as a branch of what's loosely called 'Landscape Urbanism'.

The focus of this work is the productive city:  I like the idea of food and energy being produced near where it's needed, this will help build resilience.  I am particularly interested in new productive technologies; how they are usead and what potentials they might unlock.  A good example of this would be aquaponic food-production on and in buildings,or algaeculture in the city.

In light of this, I designed and built the UK's first building-based aquaponic system (the Biospheric Project as part of Manchester International Festival) and I also designed a scheme for Liverpool (Bio-Port) which would make it the Worlds first algae-powered city.

I feel privileged to be a designer and an academic, and I want to make a difference.  I endeavour to work  with and help disadvantaged communities through design by seeing it as research.

Greg has taught an M.Arch studio every year for more than 25 years:  these include the acclaimed Bioclimatic Architecture Unit at MAnchester from 1992-2009;  Crash Test Unit at Leeds 2009-2012, and the M.NI Unit at Queens.

The Studio 'Intermodal' (2015-2018) was taught jointly with Dr Gary Boyd and Alessandra Cianchetta of AWP Paris, and is concerned with the idea of infrastructure, landscape and the future of the city.  In the first year the unit investigated the motorway network in Northern Ireland, as a way of unlocking potential in a highly regulated landscape.  The unit works at scales that are beyond those architects in the UK often work at.  This is seen as an essential change in focus, in order to develop new critical thinking about adaptation and the city in the Twenty-first Century.  The projects engage with ideas such as productive landscape, policyscapes, climate change adaptation and critical infrastructures, as well as shopping and spatial perception at speed. Later years looked at more specific subjects, such as globalisation and industry, the helath service, and agriculture as a global system. The work is to be published as a series of books.

Since 2018, Greg has been working with Dr Sean Cullen on a new studio, Architettura Superleggera.  This studio extends the themes of intermodal, and adds more specific sustainability outputs, in line with the climate emergency.   In 2019, the studio is working with Prog Rob Roggema of the Hanze Academy of Architecture in Groningen.

Greg is also supervises Humanities Dissertations in the M.Arch course.

At Cornell in 2013 and 2015, Greg ran studios Crash Test and Evo Devo, which engaged with the city as an overlaid network of infrastructure landscapes.  Students developed theses around urban farming, closed cycle urbanism, ethnographic change and climate adaptation.

Over the past 25 years, Students who have been supervised by Greg have won over 50 prizes in Architectural competitions.

R6446ARC: City-zen, a balanced approach to the city of the future

Stepping stones: assessing the permeability of urban greenspaces to climate-driven migration of trees

Paper of the conference