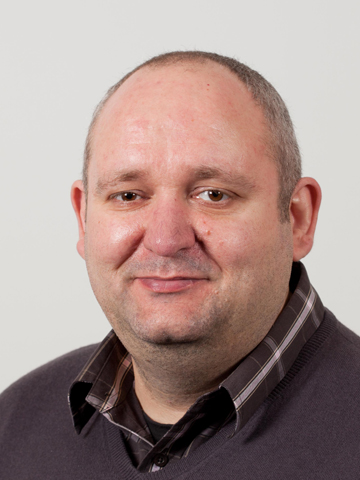 I have been a lecturer within the School of Pharmacy since June 2010 and my research focuses upon proteases with particular emphasis on their role in immune signalling and disease.

Currently my work focuses upon the DUB/USP17 family of deubiquitinating enzymes where we have shown that USP17 (DUB-3) is induced in response to cytokines, chemokines and growth factors (IL-4, IL-6, IL-8, SCF1, EGF) and that it regulates cell growth and movement. Subsequently, we have demonstrated that USP17 modulates signalling through the Ras/MEK/ERK pathway due to its regulation of Ras processing and localisation. Moreover, we have identified a novel isoform of the protease Ras converting enzyme 1 (RCE1), which is involved in Ras processing, and shown that it is ubiquitinated and that its deubiquitination by USP17 can regulate its localisation and function. We have also shown that USP17 is over-expressed in a range of tumour tissues and we are currently assessing USP17 as a potential cancer therapeutic target.

In addition, we are examining the role of bacterial proteases potentially involved in the subversion of the host immune response to assess their suitability as therapeutic targets.

R1253PMY: Can the Disarming of Protease Activated Receptors by Secreted Bacterial Proteases Contribute to their Evasion of the Innate Immune System

Structure–activity relationship of an antimicrobial peptide, Phylloseptin-PHa: balance of hydrophobicity and charge determines the selectivity of bioactivities

Deubiquitinases - from structure to physiology