I welcome PhD applications in any aspect of literature in English written and published between 1680 and 1830, particularly: women’s writing, Jonathan Swift, Byron, Irish writing in English, and feminist approaches to literature and culture of this period.

If you made any changes in Pure these will be visible here soon.

I am currently co-editing (with Lillis O Laoire and Conor Caldwell) the Oxford Handbook of Irish Song, 1100-1850 (Oxford University Press). Ongoing research involves work on my next monograph, provisionally entitled Before the Bluestockings: representations of female community 1680-1800. Work on this includes esearch on eighteenth-century women writers and coterie culture, including representations and perceptions of the bluestockings, complaints about the exclusion of women from literary societies, and fictions of female community (including those by Margaret Cavendish, Mary Astell, Sarah Fielding, Thomas Amory, amd Sarah Scott). 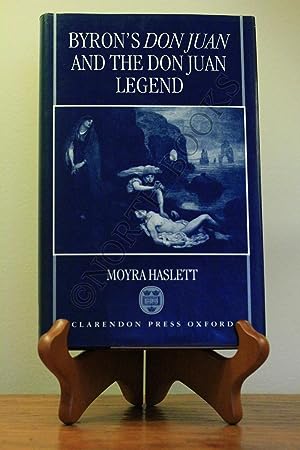 This book explores the theatrical history of popular Don Juan versions on the Regency stage as a way of reading Byron's poem contextually. It was awarded the Rose Mary Crawshay Prize (1998) by the British Academy ( http://www.britac.ac.uk/academy/prizes98.html).

This book defends the continuing relevance of marxist theories in situating texts politically and historically. It includes extended readings of the poetry of the labouring-class poet Mary Leapor, the film versions of Jane Austen's novels, and Oscar Wilde's novel The Picture of Dorian Gray. This book defines literature of the eighteenth century as a literature written and received as public conversation. Chapters on Gulliver's Travels, Pamela and The Dunciad discuss the textual conversations which surrounded these books in particular. 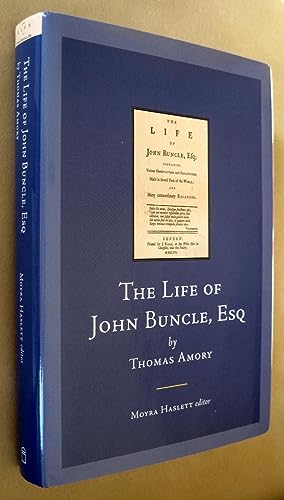 Amory's eccentric fiction has long been of interest to scholars of the early novel and of the fiction of Laurence Sterne. This edition is the first modern scholarly edition, which includes significant textual variants, comprehensive annotations, a bibliography of sources used by Amory and a contextual introduction.

This is the first volume of essays on fiction by Irish writers in the period 1680-1820. The opening paragraph gives some indication of its consideration of a wide-range of kinds of fiction in this period: 'From the picaresque hero of Richard Head’s English Rogue,venturing beyond the Pale in 1665, to Charles Johnstone’s satiric balloonist, rising into the sky above Calcutta in 1785; from the waves of Danish invaders who cut a swathe through Sarah Butler’s Irish Tales (1716), to the rebel leader of The Irish Emigrant (1817) making a new life in America; from Jonathan Swift’s Gulliver, destroyed by his forced exile from the land of the talking horses (1726), to Sydney Owenson’s Horatio, unexpectedly finding love in his Irish banishment (1806) – the movements within the fictions considered in this volume are indisputably varied, both in geographic and generic terms.' My own chapter focuses on experimentalism in mid-century fiction and makes the double argument that, in the wake of the popular successes of Richardson and Fielding, imitation of certain features, such as addresses to the reader, could make the act of copying both conventional, and experimental; but nonetheless experimentalism, seen as a combination of textual playfulness and discursive range, is seen here as being characteristic of Irish fiction of the period, in particular of the work of Thomas Amory.

This is the first volume of essays on Irish literature in this period. My own chapter - on 'fictions of sisterhood' - explores how female homosocial relationships could be figure as confident articulations of female identity and as suggestive models of political governance. Despite widespread anxiety about female-only assembly and scepticism regarding the virtues of female friendship, women writers in this period evidently found friendship between women to be a theme in which they could articulate and explore a range of feelings and emotions not otherwise sanctioned by their culture. The chapter considers a range of poetry and fiction – by Charlotte McCarthy, Margaret Goddard, Olivia Elder, Frances Sheridan, and her daughter Elizabeth – in relation to differentially situated ideas of ‘sisterhood’ before turning to the ways in which Ireland came to be figured as a ‘sister’ kingdom to Britain in the later century, thus shaping the proto-feminism of earlier traditions in new, national formations.

• The Oxford Handbook of Irish Song, 1100-1850 (Oxford University Press, commissioned), co-editor (with Conor Caldwell and Lillis O Laoire) of 35 chapters. My own chapter will explore the use of Irish tunes in Anglophone song prior to the famous collections of Bunting and Moore.

I am currently co-editing (with Lillis O Laoire and Conor Caldwell), The Oxford Handbook of Irish Song, 1100-1850 (Oxford University Press). This will consist of c.35 chapters on a variety of Irish song types in this early period. The book emerges from the AHRC-funded project, 'An Historical Typology of Irish Song', for which I acted as Principal Investigator between 2013 and 2015 (taking over the role from Ed Larrissy on his retirement). The web-site created as part of this project, including a variety of specially commissioned recordings, can be viewed at www.irishsongproject.qub.ac.uk. I have contributed research on Anglophone song in the eighteenth century and have given numerous talks on Swift and Song, particularly the ballads which were performed as part of the Wood's halfpence affair.

I have also acted as co-editor of the 'Early Irish Fiction, c.1680-1820' series, a collaborative research project between the Schools of English in Queens University Belfast and Trinity College Dublin.  (My fellow co-editors are Prof Ian Campbell Ross and Prof Aileen Douglas, both of the School of English, TCD.) The project has been supported by funding from the IRCHSS, the AHRC and the Long Room Hub (TCD). The project oversees the publication of scholarly editions of eighteenth-century Irish fiction and has so far published 7 titles in the series.

In addition to being one of the general editors for all titles published in the series, I have edited Thomas Amory's The Life of John Buncle, Esq (1756), which was published in autumn 2011, by Four Courts Press, Dublin. I have also co-edited (with Ross and Douglas) a special issue of Irish University Review (2011) on 'Irish Fiction, 1660-1830' and contributed a chapter on 'The Rise of the Irish Novel' to Volume I of The Oxford History of the Novel in English (2017).

I am recently completed editing Irish Literature in Transition, Volume One, 1700-1780 (Cambridge University Press, projected 2020), a volume of 19 essays to which I have contributed the introduction and a chapter on ‘fictions of sisterhood’. The volume is the first of a major 6-volume series commissioned by Cambridge.

In addition to my research interests in Irish literature and culture in the eighteenth century, I also have broad research interests in women's writing in the 'long' eighteenth century, particularly in the representation of female communities. I am working towards the completion of a monograph provisionally entitled Before the Bluestockings: fictions of female community, 1680-1800 which surveys the various ways in which women were implicated in fictions of club identity. Completed research on this project includes work on fictions of female freemasons, poetic lists of toasts and local beauties, and fictional female clubs satirised in the early periodical. I have presented further work on this book – on ‘ensemble portraiture’ and on satires of 'clubs' or 'cabals' of society ladies in the eighteenth century - at a number of conferences and symposia. Recent publications arising out of this particular research interest include: book chapters on female friendship in women's writing of the early eighteenth century and the 'poet as clubman' in the eighteenth century; several journal articles on representations of the Bluestockings and on female friendships in fictions of girls' schools, 1690-1800; and the edition of Thomas Amory's The Life of John Buncle, Esq, a fiction which is particularly notable for its depiction of a 'little female republic' of one hundred women living in the remote wilds of Westmoreland and of Harriot Harcourt's community of women which resides by turns in the outer Hebrides and in Northumbria. Amory's fiction thus neatly dovetails my research interests in eighteenth-century Irish fiction with those in fictions of female community.

In 2015, UN member states agreed to 17 global Sustainable Development Goals (SDGs) to end poverty, protect the planet and ensure prosperity for all. This person’s work contributes towards the following SDG(s):

Dive into the research topics where Moyra Haslett is active. These topic labels come from the works of this person. Together they form a unique fingerprint.