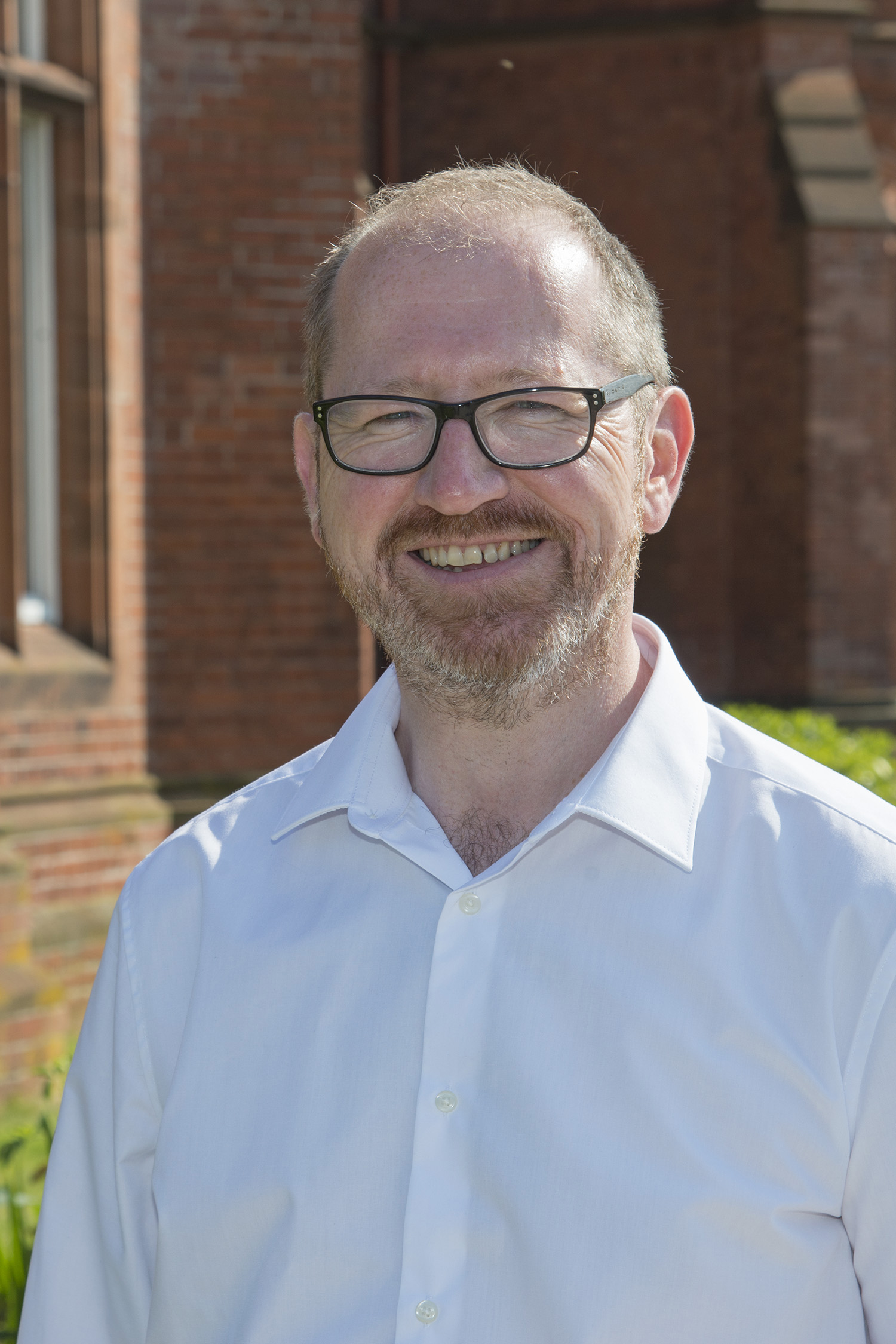 He is President (2016-2020) of the European Association for American Studies (eaas.eu; @eaas_eu) and is the only non-US member of the Executive Board of the F. Scott Fitzgerald Society (fscottfitzgeraldsociety.org; @FSFSociety).

He serves on the Royal Irish Academy Committee for Languages, Literature, Culture and Communications and is a member of the Peer Review College for the UKRI Future Leaders Fellowships.

If these times do not suit, please email me (philip.mcgowan@qub.ac.uk) to make an alternative appointment.

Formerly the Chair (2011-2016) of the Irish Association for American Studies (iaas.ie; @theIAAS) he is Senior Lecturer in American Literature with research and teaching interests in twentieth-century American poetry, contemporary American fiction, as well as in film (e.g. American Hitchcock). He also has wider interests in revolutionary America, the American nineteenth century, westerns, and American narratives of addiction and alcohol control. In the field of poetry, his teaching and research focuses on Wallace Stevens, Elizabeth Bishop, the Middle Generation poets, and Mark Doty.

I am the editor of the Oxford University Press centenary edition of F. Scott Fitzgerald's This Side of Paradise for release in May 2020 (https://global.oup.com/academic/product/this-side-of-paradise-9780198848110?q=this%20side%20of%20paradise&lang=en&cc=gb#). In addition, I am the series editor for OUP's new centenary editions of Fitzgerald's fictions. Beyond this core research interest in Fitzgerald, I have recently completed articles on the poetry of Elizabeth Bishop and John Berryman ahead of REF2021.

Further work on Fitzgerald's short stories from the 1930s will be appearing in The F. Scott Fitzgerald Review in 2020/21. In terms of my poetry interests, I will be working on articles on the poetry of Wallace Stevens, R.S. Thomas, and Mark Doty after REF2021. I am also developing a monograph-length study of Elizabeth Bishop based, in part, on my three published chapters and articles on her work and further research into her life-long engagement with philosophical and psychological theories and theorists.

Longer term, I am compiling an illustrated biography of Dorothy Parker and I foresee other related, more academically focused pieces coming out of this research.

Some recently completed journal articles include:

a discussion of the limits of poetic language in Middle Generation American poetry for the English journal (Winter 2013  http://english.oxfordjournals.org/cgi/content/full/eft038ijkey=iMUPSqttCqkv72u&keytype=ref);

an analysis of how Alcoholics Anonymous appropriated (almost unedited it would appear) swathes of nineteenth-century Temperance literature for (re)publication in its Big Book (Journal of American Studies, http://journals.cambridge.org/repo_A88Cqmob);

'The Games Bond Plays' in Robert G. Weiner et al, eds. James Bond in World and Popular Culture: The Films Are Not Enough (2010);

At undergraduate level I teach the stage 1 Liberal Arts module Understanding Now, its stage 2 sister module Uses of the Past, the stage 2 Inventing America module, and the stage 3 module Stevens & Bishop.

At MA, my 12-week elective module American Poetry from Dickinson to Today is available to students on the MA in Modern Poetry and the MA in English Literary Studies pathways.

At Ph.D. level I am primary supervisor on the following projects:

'Rethinking Jewishness: Dark Jewish Humor’s Critique of Assimilation in The Graduate, The Producers, The Heartbreak Kid, and Annie Hall'

'The Warmth of Mo(u)rning: Elegy's hybridisation Through the American AIDS Pandemic'

'The Existential Anthropocene in the Novels of Don DeLillo'

In addition, I am the critical supervisor on the following creative writing project:

'A Trauma-Informed Reading of Whereas (Graywolf, 2017) by Layli Long Solider'

I am the second supervisor on the following projects:

'Breaking the "rule of silence": Speaking about Trauma in Contemporary Irish Fiction'

2 new supervisions in conjunction with creative writing colleagues will begin in 2020:

'"My Life's a Chandelier Dropped form an Airplane": Poetry on the Trauma of Problem Drinking and Alcohol Dependency'

'"And Past Them, the Snowy Fields": Reading Landscapes in Midwestern American Poetry'

'Toward a Supreme Poetry: The Ecstatic Self in the Poetry of Wallace Stevens and Sylvia Plath' (primary supervisor)

'Self-Reflexivity and Otherness in TS Eliot and Geoffrey Hill' (secondary)

Since 2016 I have been the AHSS Faculty lead on the M Liberal Arts degree programme (http://www.qub.ac.uk/courses/undergraduate/mlba-um-liberal-arts-mlibarts-y300/).

I am the Programme Co-ordinator of the Story summer school (https://www.qub.ac.uk/International/International-students/Studyabroad/Summer-Schools/Story/) that will launch in June 2020.

I am a recruitment ambassador for North America for the Faculty of Arts, Humanities and Social Sciences. As part of this role, I attended the 2017 (Los Angeles), 2018 (Philadelphia) and the 2019 (Washington, D.C.) NAFSA conferences on behalf of the University.

I am a member of the University's USA Strategy Group, chaired by Professor Richard English (PVC Internationalisation and Engagement).

I am a founding member of the University's Centre for the Americas research network.

I am a member of the University's Periodic School Review panel.

I am a member of the AHSS Cross-Faculty and Joint Degrees Subgroup.

I am the Staff Forum representative for the School of Arts, English and Languages.

I have been an appraiser and a PDR reviewer for colleagues in both the former School of English and in the School of Arts, English and Languages since 2014.

I have served on Institutional Disciplinary Panels as required by Academic Council.

I was Director of Internationalisation for the School of Arts, English and Languages from October 2018 to December 2019.

I was a member of the AHSS Study Abroad and International Exchanges Subgroup (2018-19).

I served as Subject Lead for English in the School of Arts, English and Languages (July 2018-June 2019).

I was the Director of Education in the School of English (2014-16), a member of the University's Courses and Regulations Committee and the AHSS Faculty DE on the Higher Education Review Group that prepared Queen's institutional audit in November 2015.

As Postgraduate Director of Education for the School, I authored English's submission as part of the University's successful bid to the AHRC for BGP1.

‘What We Imagine Knowledge to Be: Wallace Stevens, Elizabeth Bishop, and 70 Years of American Studies’

McGowan, P., 01 Aug 2019, (Accepted) In : Journal of the Austrian Association for American Studies.

The Bestseller and the Blockbuster Mentality

'Laying in the Dark: The Literary Night in Nineteenth-Century American Prose'