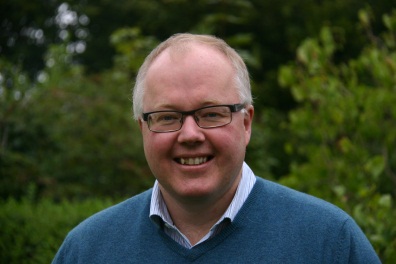 It has become increasingly clear that rather than being a single disease, cancer is a heterogeneous collection of diseases. It therefore follows that in order to diagnose and treat cancer effectively, strategies for patient selection must be combined with the development of molecularly targeted therapeutics so that patients can receive the drug or combination of drugs which is most appropriate for the treatment of their disease, at the appropriate time. This approach necessitates the involvement of multi-disciplinary teams of basic researchers and clinicians, working within an infrastructure which allows for effective knowledge transfer.

Working in close partnership with researchers from across the University and local hospitals, as well as with external researchers, our lab aims to identify new validated targets which have a clear path to patient selection and to develop strategies to modulate their function. Working closely with colleagues within the Centre (which includes the new Northern Ireland Molecular Pathology Lab and Biobank), a strong emphasis will be placed on the early development of biomarkers, both for patient selection, and for monitoring pharmacodynamic response.

The capabilities of the group include:

Research in our lab is currently focussed in the following areas:

The multidisciplinary environment within the Centre for Cancer Research and Cell Biology, itself situated within easy reach of other research QUB faculties and Clinical Centres, offers an exciting opportunity for chemists, biologists, bioinformaticians, physicists, radiographers and clinicians to combine their expertise to facilitate the drug discovery process.

Tim Harrison joined CCRCB in June 2013 having been appointed to the position of McClay Professor of Medicinal Chemistry. He obtained a first class BSc degree in chemistry from Nottingham University, and then stayed at Nottingham to complete a PhD in synthetic organic chemistry with Prof. G Pattenden, studying the application of new radical chemistry in organic synthesis.  Tim then moved to the University of California at Irvine to undertake postdoctoral studies with Prof. L Overman aimed toward natural product synthesis using oxonium and iminium-ion rearrangements.

In 1991 Tim joining Merck Sharp and Dohme in Harlow, U.K. where he worked for 15 years, eventually rising to the position of Director, Medicinal Chemistry Department. During this time, Tim played a leading role in a number of Merck’s drug discovery research programmes, several of which led to clinical candidates. Tim was recipient of the 2004 Thomas Alva Edison Patent Award as part of the team which identified the marketed Substance P antagonist Emend®. In 2006, he joined Almac Sciences as Vice President, Research and Development, and during this time played a key role in setting up Almac Discovery, an oncology biotech company which was launched in 2008. He sits on several external boards and advisory groups, and is author or inventor on over 120 papers and patents.

Identification and SAR exploration of a novel series of Legumain inhibitors

Identification and Structure-Guided Development of Pyrimidinone Based USP7 Inhibitors

Open Access
File
Ubiquitin-Specific Proteases
Protease Inhibitors
Allosteric Site
Validation Studies
Inhibitory Concentration 50
Your message has successfully been sent.
Your message was not sent due to an error.
If you made any changes in Pure these will be visible here soon.